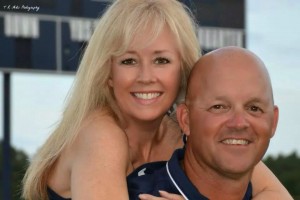 There is something about Friday night lights, the smell of hotdogs and hamburgers on the grill, the sound of hundreds of fans gathering in the stands waiting with expectation for their team to take the field.  The cheerleaders are ready to cheer their boys on with the utmost school spirit and each player has prepared and practiced for this moment all week.  As the coach gives his final words of encouragement to his team, they all take a deep breath and step out on the field ready to give it their all; it is time for some Football to be played.

I have never dated a Bama (Alabama) fan and he has not ever dated an AU (Auburn) fan. Lol.  So this was a first for both of us. We decided real quick that our passion and love for the different state teams would only fire up our passion and excitement between each other in fun-loving and playfully joking ways.  We agreed early on to disagree in this one area for only a few hours of each year; during the Iron Bowl.  The rest of the time we would support each other and yell for the “other team” :)). One thing we do agree whole-hearted on is supporting / yelling for the Baker Hornets. To be honest the majority of our relationship has been spent together at Hornet Stadium or with the team God has given us in our kids. 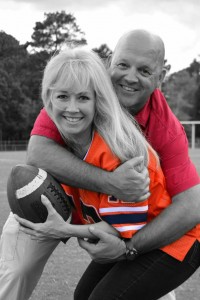 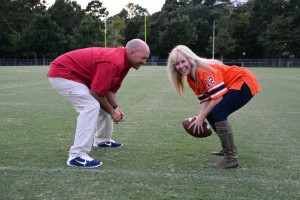 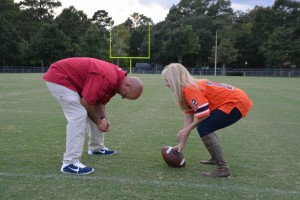 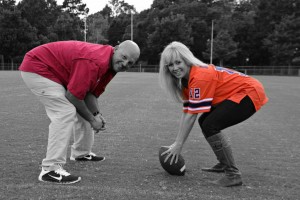 Danny and I had been picking on each other so bad about being divided on Iron Bowl, so I told Danny, “I’ll make it up to you by being your biggest Baker fan!”  When he said he need new pictures for his desk as the head coach of the Baker Hornets Football team and he wanted something different,  that’s all I needed to hear.  I messaged our good friend Robin with T R Arts Photography and asked her opinion. She had great ideas and so wanted to do it.  She immediately schedules the shoot and told us to meet her at the Hornet Stadium. It was the week before football games started and late that Friday afternoon, we met Robin at the Stadium.  The weather was a little hot  so my hair would not hold a curl for anything that day, but here in mobile that’s what the weather does especially during football season!  But we were determined that would not stop us from having some fun on the field. 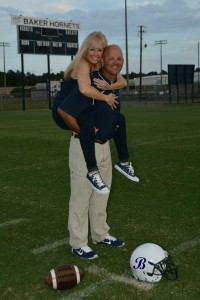 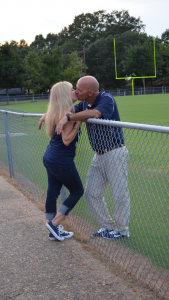 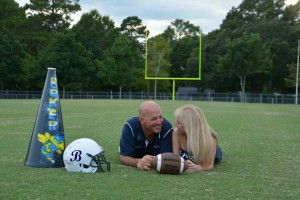 We were totally in our element and had so much fun. We actually got caught by a couple of his coaches who were hanging out in the field house. We thought we were alone at the field that day. Lol… I am not sure they will let him live that one down. 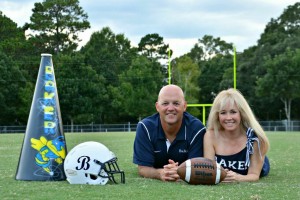 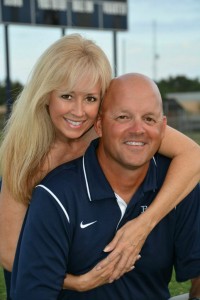 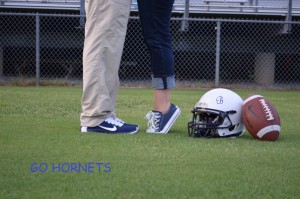 We are so excited about being “teammates” for life.